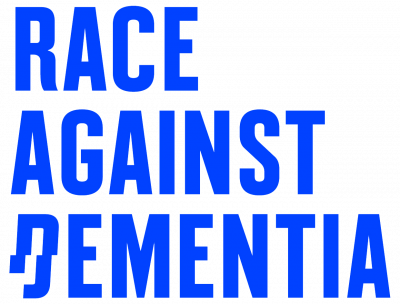 Stars from Formula 1 have today joined with leading scientists from the University of Edinburgh and Optical Express, Europe’s leading provider of eye surgery, in a unique initiative to achieve a breakthrough in the prevention or treatment of dementia.

The Endurance Races, to be held at Larkhall Circuit and at partner race circuits across Europe over the summer, are expected to raise a substantial sum in support of Race Against Dementia’s Fellowship Programme, which will fund cutting-edge, early career scientists. Run in collaboration with Alzheimer’s Research UK, the Fellowship programme actively seeks out young scientists with innovative research proposals, supporting efforts to tackle new approaches to better understanding, treatment, and prevention of the diseases underlying dementia.

The selected scientists will also benefit from a Formula 1 mentoring and development programme, supported by leading teams including McLaren and Red Bull, to bring cutting edge Formula 1 ways of working to the research and to inspire fresh progress in achieving a breakthrough.

The programme has been brought about in partnership with the University of Edinburgh, a Hub for the UK Dementia Research Institute which is currently leading a large UK-wide study on vascular dementia. Race Against Dementia and the Endurance Races are also being supported by Europe’s leading provider of eye surgery, Optical Express, which is headquartered in Glasgow and is committed to promoting the latest research in eye health.

There are currently 850,000 people with dementia in the UK, with numbers set to rise to over 1 million by 2025. Yet dementia research is drastically underfunded and there are not enough researchers and clinicians joining the fight against dementia. Five times fewer researchers work on dementia than on cancer. The Race Against Dementia Fellowship Programme aspires to change the narrative around dementia research by funding ground-breaking new research from young scientists with fresh ideas.

“In my world of motorsport I have seen extraordinarily creative and successful breakthroughs introduced that have resulted in huge leaps forward in performance and safety, and the sport has been able to achieve these changes with fast turnaround. I have no doubt that finding a cure for dementia is one of the biggest challenges we’ve ever faced. But my vision is that by thinking out of the box and finding new ways to achieve success, just as we do in Formula One, we will find faster ways to detect, prevent, manage and ultimately cure this terrible condition.”

“To get effective treatments into the hands of people with dementia sooner, we need excellent scientists working together around the world to discover new ideas that result in new treatments. Race Against Dementia’s support will help some amazingly talented scientists launch their careers in dementia research. These future research leaders could make a meaningful difference to the lives of people living with dementia.

“The planned partnership with clinicians at Optical Express is also hugely exciting for us. Linking up their vast databases and state-of-the-art technology with our preeminent research teams has the potential to bring about advances in our ability to predict who is at risk of dementia and eventually help diagnose diseases early and get people treated sooner.”

“I’m hugely proud that Larkhall Circuit and Optical Express are able to support Race Against Dementia’s collaborative, innovative approach to tackling this devastating illness. Sir Jackie’s passion and determination in leading this charity is as inspiring as it was on the racetrack, and it’s a privilege to be involved in this work.

“Since my mother’s dementia diagnosis I have been struck by how poorly understood the disease is, and how far behind the research is compared to other conditions. We’re all desperate for a breakthrough, and at Optical Express we’re going to collaborate with Professor Spires-Jones and the brilliant work her team are doing at the University of Edinburgh to achieve just that. We believe that through working together we could shine new light onto the disease and help us do more to tackle dementia.”

“All of us here at McLaren are proud to support this vitally important cause. Our involvement in the Race Against Dementia fellowship and mentoring programmes underlines our commitment to work with the support of others in search of a cure. We work in a world of marginal gains and recognise that over time, these incremental improvements add up to significant advances. This mentality of always pushing for an extra tenth of a second could lead us to the next big breakthrough in Dementia treatment and prevention. At the very least, our alternative F1-based culture could gradually improve the lives of those that suffer from dementia, saving thousands from the heartbreak this condition causes.”

Throughout the month of August 2019 we hosted a series of 2 hour endurance races at Larkhall Circuit, with ALL proceeds going towards Race Against Dementia.

Copyright 2022 © All rights Reserved. | *Bookings are subject to Larkhall Circuit Standard T&C’s. | Terms of Use & Conditions